Campus Talk: The Future of Islam

An annoucement from our colleague, Rich Friman: 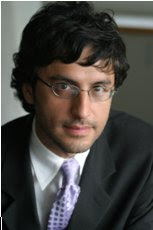 Internationally acclaimed writer and scholar of religions, media commentator, and author of No god but God: The Origins, Evolution, and Future of Islam.

The Future of Islam:
Toward the Islamic Reformation

Lecture and Book Signing
Free and Open to the Public

For questions or additional information, call (414) 288-5991
For some samples of what Aslan believes, check the following: