According to The Daily Caller, a March 13 letter sent by the Times to the parody’s sponsor, activist Pamela Geller, said the $39,000 anti-Islam ad was rejected because “the fallout from running this ad now could put U.S. troops and/or civilians in the [Afghan] region in danger.”

Bill Donohue, president of the Catholic League, accused the Times of having a double standard and told DC that The Time’s was based on “either [anti-Catholic] bigotry or fear [of Islamic violence], and they’ve painted themselves into that corner.”

Here is the anti-Catholic ad: 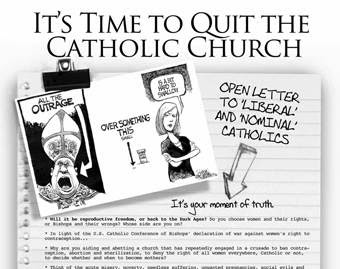 And here is the anti-Islam ad: 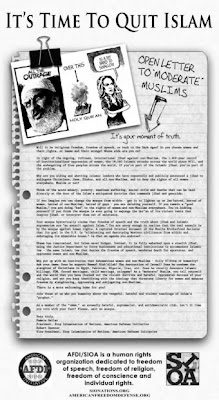 The simple fact is that it’s Christians, and not Muslims that liberals have to fight for control of American culture and American politics. Muslims are hardly fans of gay marriage, but it’s Christians who turn out in large numbers to vote down same-sex unions.

Muslims also serve as yet another victim group to whom liberals can show solicitude, and they are thus every bit as useful as blacks, “women” and gays. Further, Muslims tend to oppose U.S. intervention in the Middle East, and thus have the same views (but for rather different reasons) as liberals, who instinctively tend to sympathize with America’s enemies.