From the Marquette College Republicans: author and blogger Ben Demenech will be speaking about Obamacare tomorrow (Tuesday) night at 7:00 p.m. in Todd Wehr Chemistry, Room 002.

The title of his speech is “Confused About Healthcare?” 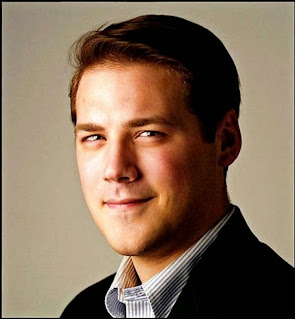 We don’t know exactly what he is going to say, but given that he’s a conservative, he can be expected to be negative on Obamacare.

He’s particularly likely to stress that the program victimizes the young by systematically redistributing income from young and healthy people to older, less healthy people. Under Obama’s program, young people pay much more than they should, based on the actuarial risk they present to insurance companies, so that older people can have lower premiums.

This kind of redistribution is perverse, since young people typically have much lower incomes than older people. The young, after all, or likely to be in entry level jobs, maybe unemployed in the Obama economy, may have large student loans to pay off, and have not had time to build up the assets that older people have.

It’s an odd form of socialism that redistributes income from people with less income to people with more.

Even late night comedians have noticed the irony.

The ACA allows insurers to charge a ratio of up to 3:1 based on age band. If you don't bring healthy young people into the pool at all you risk a "death spiral." Surely you know this. The redistribution is not nearly as great as you make it sound. Further, are young people not eventually going to be old?

Rather than debate the nuances of the law of the land (i.e., the ACA), let's hear your plan for universal coverage? Or do you just not think that is a worthy public policy objective?

Or do you just not think that is a worthy public policy objective?

It's a worthy policy objective, but the layers of inept social engineering that Obamacare imposes are not worthy at all.

You failed to comment on my point that the redistribution of income from those with modest means to those a lot more affluent makes no sense.

No, I did not. The entire first paragraph of my previous post clearly addresses this point. Another point I could have raised on this subject is the subsidization of premiums for those with low incomes.

More broadly, some transfer is inevitable with pretty much any significant public policy. That does not necessarily make it a bad policy. One could argue that the ACA transfers wealth from men to women because women can no longer be charged higher premiums simply because they are capable of getting pregnant. Given the contribution of childbearing to humanity, equal insurance premiums seems quite reasonable.