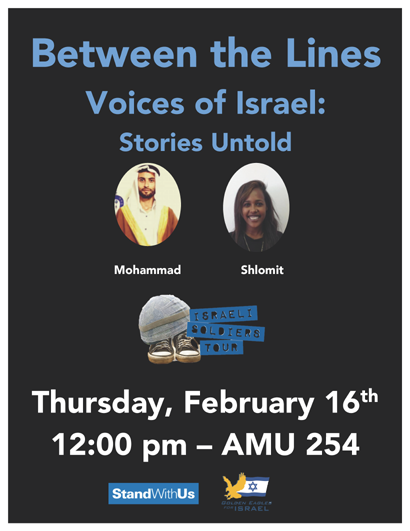 Seeing a pro-Israel event at Marquette is a bit unusual, since there have been numerous programs bashing the Jewish state. For example:
The striking thing about these events is that they have been either organized by Marquette bureaucrats, or supported by cosponsorship or money from Marquette offices. From the notice about Israeli Apartheid Week:


Students for Justice in Palestine (a registered MU student organization), Intercultural Engagement in the Office of Student Development, Marquette University Student Government, and the Office of International Education will be having the following speakers on campus for a series of programs to raise awareness about Israeli apartheid and the Israeli/Palestinian conflict.

The Voices of Israel program, in contrast, appears to be entirely student organized.

Which is typical of Marquette. Programs organized by the university are leftist and propagandistic, and it falls to student organizations (like the Young Americans for Freedom inviting Ben Shapiro) to provide a tiny bit of balance to the campus discourse.

Following is a promotional video for the program: