Yes, he’s the black guy the liberals love: always ranting about white racism and how terrible it is to lock up black men. The fact that they got locked up for crimes (and not because racist whites want to hurt blacks) is something beyond his ken. 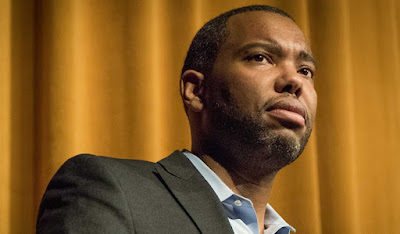 But what would an honest inventory of the problems of the black community show? Kay Hymowitz explains, discussing one of Coates’ articles:


This is not a one-time lapse. Coates’s article is marked by the sin of omission. You might think that an article on the Moynihan report and the black family would mention somewhere that today 72 percent of black children, up from 24 percent when the report was written, are born to unmarried mothers. You might assume that an analyst of the black family would explain that large numbers of those children — far more than mass incarceration can explain, by the way — will have at best erratic relationships with their fathers. You would expect him to show how one of the main reasons fathers fade out of their children’s lives is “multi-partner fertility” — parents who have children by a series of partners — and that multi-partner fertility is particularly widespread among blacks and incarcerated men. He might look at the research suggesting that children living with an unrelated father are more likely to suffer abuse. You would expect him to ponder all of this because there is abundant evidence that boys growing up under these conditions have less self-control than those growing up in more stable families, and most of all, because those boys are far more prone to commit crimes. You would think at least some of this would find its way into the pages of a 17,000-word piece called “The Black Family in an Age of Mass Incarceration,” but you would be wrong.

Coates is, to be blunt about it, the liberals house negro. His job it to tell them what they want to hear, in an angry and impassioned voice. And when they can, they will use him to try to guilt or intimidate other whites who might be reticent to admit their “white privilege” or go along with some “diversity” hustle.

Colleges and universities have a lot of people like him. It’s a growth industry.

The term I prefer is "Peripatetic Sperm Donor".