Marquette Warrior: Marquette’s Case Against Paul Secunda: What Is It?

Marquette’s Case Against Paul Secunda: What Is It? 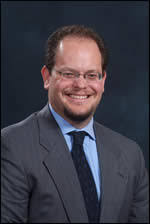 As we previously discussed, Marquette has suspended and apparently seeks to fire Law School Professor Paul Secunda for an “an inappropriate relationship” with a student.

The suspension and claim of “an inappropriate relationship” were leaked to the Journal-Sentinel. We don’t know by whom, nor what the motive was.

And the fact that the leaker failed to supply more details — leaving the impression that Secunda must have done something terrible — is suspicious. Would more details make his transgression (if it was a transgression) seem less serious?

Was the intention to smear Secunda?

Marquette, when asked by the Journal-Sentinel, simply said:


“Paul Secunda has been removed from his duties, including teaching, at Marquette University as the result of information developed from an investigation that began last May. Marquette will not comment further on the issue at this time.”

So an investigation that began in May resulted in him getting pulled out of class two weeks before the end of the semester, throwing into turmoil the final exam and reporting of grades.

That clearly suggests some precipitous move by Marquette. Was the (equally) precipitous departure by Provost Dan Myers in October related? According to the Journal-Sentinel, Myers was “negotiating a resolution with Secunda and then resigned suddenly in October, and Secunda was then suspended from teaching a short time later.” It would be odd if Kimo Ah Yun, new Acting Provost, moved so abruptly upon taking office. In fact, it would be rather disturbing.

But who knows if the leaker was using precise language?


Has Secunda Made Enemies?

When Marquette tried to fire us, they were egged on by a collection of leftist faculty, who had a long-standing grudge about our blogging, which had revealed numerous abuses by politically correct types on campus.

But Secunda is a leftist. So shouldn’t that give him some protection?

From some things, yes, but not from everything.

First, the sort of extreme feminism that thrives on college campuses encourages women to feel abused and ill-treated. Sometimes, perhaps, as the result merely of an ill-considered and inadvisable relationship that turned out badly.

Does Secunda have a spurned (or otherwise aggrieved) woman in his past? The other alternative is that the “relationship” was so indiscreet as to provoke complaints to administrators.

Has she (if there is a “she”) threatened to sue Marquette? Secunda’s statement — “I assume Marquette University has chosen to act as it has toward me to protect the University” — might imply that.

And indeed, Cheryl Abbate, the instructor whom we blogged about in 2014, did threaten Marquette with a lawsuit. Marquette’s subsequent attempt to fire us embroiled it in a nasty, protracted and vastly expensive lawsuit which ended in a humiliating defeat before the Wisconsin Supreme Court.

One thing that is clearly the case is that Secunda has alienated some campus administrators, and especially Law School Dean Joseph D. Kearney. Secunda has been outspoken in believing that Marquette’s law school, in a fancy, expensive new building, should have been improving its standing in national rankings — rankings that have a huge effect on (for example) the quality of applicants and the job prospects of graduates.

A reliable source in the Law School reports witnessing “on multiple occasions” antagonistic interactions between Secunda and Kearney.

In a Law School Faculty meeting, a request was made of Kearney to explain exactly what the charges were, and a motion was made to go into executive session to hear the details. The motion failed.

Kearney made it clear he didn’t want to share any details.

It doesn’t matter too much whether you are on the left or the right when you make things uncomfortable for campus bureaucrats.

Much of what we have said is speculation, but it is informed speculation, based on our own experience and observations. In fact, some in the Law School are calling this “McAdams II.”

Secunda is lawyered up — yes, lawyers themselves feel the need to lawyer up. And lawyers typically tell their clients to stay silent, lest they say something to complicate their case.

But we badly need more sunlight on this case. It has been covered in media highly visible in the legal community, including Above the Law, Law.com, Legal Insurrection, and Inside Higher Ed.

It has doubtless harmed his reputation.

We can easily believe Secunda may have done something we would consider immoral, and maybe something most would agree to be foolish or ill-considered.

But that’s not the same as professional misconduct. And given that Marquette has no policy concerning sex between faculty and students, any infraction would have to be obviously and blatantly at odds with some established academic norms to justify disciplining him.

Marquette’s credibility on issues like this is poor. We will have to see some hard — and damning — information before we conclude that his suspension (or any eventual attempt to fire him) is justified.