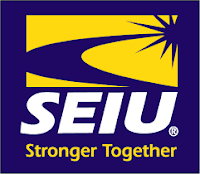 “Non-tenure track” means people who are hired on a semester by semester basis to teach one or two courses. They are paid a few thousand dollars per course. They have the title “Adjunct.”

A few are hired as essentially full time faculty, but only for a semester or a year, with no promise of being rehired.

If you are an old-time labor leftist, adjuncts are an oppressed proletariat. If you are a free market person, you note that nobody forces anybody to take an adjunct job. Adjuncts don’t have to attend committee meetings, or department meetings, or deal with advisees.

More importantly, they don’t have to face “publish or perish” as tenure-track faculty do. They generally have a Master’s degree, rather than a Ph.D. This means they have taken a bunch of graduate courses in their discipline, but not written a dissertation.

Marquette has responded with an e-mail to all faculty from Acting Provost Kimo Ah Yun. It’s pretty negative on the whole business. Quoting:

Recently, several Marquette faculty members have notified university leadership about union solicitations they have received from Service Employees International Union (SEIU) Local 1. We understand that SEIU representatives have approached non‐tenure‐track faculty members as they exit their classrooms, seeking signatures for authorization cards. Please know that Marquette has not divulged the names, contact information or class schedules of our non‐tenure‐track faculty, and that no faculty member is under any obligation to speak with a union organizer or respond to their outreach if they do not wish to do so.

As a leading Jesuit, Catholic university, Marquette affirms the Catholic belief, echoed by Pope Francis, that the dignity of each person includes the right to fulfilling and life‐sustaining work. Our strong preference is to maintain a direct working relationship with our faculty—without a third party intermediary that may not understand our university, our mission, or our guiding values. This direct working relationship — one built on a long history of mutual respect and direct dialogue — is one of the many reasons Marquette is such a unique and rewarding place to work. [emphasis in original]

Given that Catholic Social Teaching has always strongly supported unionization, it’s a bit amusing to watch the chief academic bureaucrat at this supposed Catholic university squirm when faced with an actual attempt at unionization.

Just as with any business hiring part-time or temporary employees.

Not that there is anything wrong with that.

But the sanctimonious rhetoric grates. In fact, it nauseates. As does the pious rhetoric about “mission” and “guiding values.”

Our current operating model of utilizing a mix of tenure‐track and non‐tenure‐track faculty helps control costs, maintain flexibility and offer our students unique perspectives, while at the same time ensuring we are providing the highest quality transformational education at a price that is competitive with our peer universities.

Translation: we don’t want to have to pay more for the services of adjuncts. This from an administration that has produced a massive amount of bureaucratic bloat.


Having a union would mean that wages, hours and working conditions for non‐tenure‐track faculty would be determined through collective bargaining between the SEIU and the university administration, rather than handled through our shared governance system. If the union succeeds, our faculty will be legally divided into two separate groups.

Of course, faculty are divided into two separate groups. This is another statement that borders on the bizarre.

At the bottom of the e-mail is a “Fact Sheet” making more anti-union arguments. Some examples:


There is no way to know whether the wages, hours and conditions of employment for the non‐tenure‐track faculty bargaining unit would change or remain the same, because everything would be subject to the negotiation process. If non‐tenure‐track faculty members elect to have the SEIU represent them, SEIU is free to trade away existing benefits enjoyed by the faculty in exchange for terms important only to the SEIU. For example, unions often want a Dues Check‐Off Clause, which requires an employer to deduct authorized dues from an employee’s paycheck and remit them directly to the union. In fact, the National Labor Relations Board (NLRB) has specifically stated, “In the give‐and‐take of bargaining a union is free to give up items important to employees in exchange for dues check‐off clauses.” (La‐Z‐Boy, 281 NLRB 338 (1986)) [emphasis in original]

These, in fact, are good arguments. But then:

The notion of “shared governance” is a big joke. It just means that a self-selected bunch of activist faculty in the Academic Senate mostly do what the Administration wants. Adjuncts are not a part of it.

But rarely, the Academic Senate will take an action adverse to the campus bureaucrats.


Proposal Before the Academia Senate

The following is up for consideration of the Academic Senate:

“In keeping with Catholic social teachings, the members of the University Academic Senate ask that the president, our university administration, and tenure track faculty refrain from sending emails either discouraging or encouraging unionization or initiating joint action either discouraging or encouraging unionization. Our non-tenure track faculty colleagues should be allowed to freely and fairly decide on unionization without coercion in either direction. The members of the University Academic Senate are pleased that Dr. Kimo Ah Yun recently communicated with the university that Marquette will recognize Marquette’s non-tenure track faculty union if they should win an election or hit majority support. We echo that and in keeping with Catholic social teachings, call on the administration to bargain a fair contract in good faith if our non-tenure track colleagues proceed with unionization.”

How will all this turn out? We don’t know. But given that we have a very low opinion both of labor unions and of the Marquette Administration, we aren’t rooting for either side.

They pretty much deserve each other.