Cedric Burrows is Assistant Professor of English at Marquette, and he recently talked to Channel 4 about words people are allowed, and not allowed to use.

The headline: “Responding to Inequalities: Common words or phrases with racist history.”

As is usual with the politically correct, often the words do not in fact have a racist history, but are inconvenient for people on the left.


He hopes the current events can be an example for change. Those who may label protests as riots are giving a negative connotation to what’s happening. He compares it to the Boston Tea Party being referred to as a rebellion; or good triumphing over evil. “When I hear that, it’s like, I hear that history,” Burrows said. “They may not realize it, but that’s when I have to explain to them the dynamics behind it. Because they thinker’s a matter of me being too stiff or formal. I say this is my background.”

So was the rioting and looting in the wake of the death of George Floyd at all like the Boston Tea Party?

Is what you see in this video really like what was done in Boston Harbor?

Are we to suppose this woman views the looting in the wake of the George Floyd death as like the Boston Tea Party? 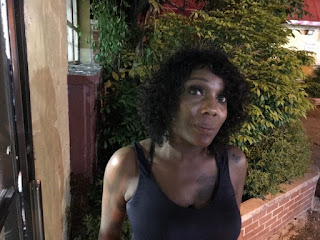 According to the Journal-Sentinel:

“If you really care deeply in your heart ... (protest) in silence, go to the courts,” she said.

She was awakened in the early hours by a phone call from the alarm company. Not knowing what to expect, she drove from her home in Oak Creek to her family’s Boost Mobile store on North King Jr. Drive in Milwaukee’s Harambee neighborhood.

The windows were smashed, the merchandise all gone.

Why would she think they cared?

“Thug” is a word Burrows wants silenced, as he explains:


Thug - “People harken back to how it may sound and they remember how people were explicitly saying the N-word so it evokes a particular memory of society and how it was more blatantly racist than it is now.”

This statement is not entirely coherent, but he seems to be saying people think of black people when they hear “thug.” But Webster’s merely defines “thug” as:

But if people do associate “thug” with black people why is that? Could it be that there have been riots over a number of high-profile black thugs like Michael Brown and (yes) George Floyd — although nothing Floyd did justified his killing by the cop.

Could it have something to do with the fact that blacks, 13% of the population, commit 48.4% of all homicides in the U.S.?

In reality, before the upsurge of black crime in the 60s, almost nobody would have associated the word with black people. Most likely, they would have said a mafia hit man was the paradigmatic thug.

Of course, in 2015, Barack Obama called rioters in Baltimore “criminals and thugs.”

The great proponent of the use of honest language was, of course, George Orwell, whose 1984 described a regime in which words could mean their exact opposite, if it served the interests of the regime.

In his essay on “Politics and the English Language” he gives some examples of the use of dishonest language.


Thus political language has to consist largely of euphemism, question-begging and sheer cloudy vagueness. Defenceless villages are bombarded from the air, the inhabitants driven out into the countryside, the cattle machine-gunned, the huts set on fire with incendiary bullets: this is called pacification. Millions of peasants are robbed of their farms and sent trudging along the roads with no more than they can carry: this is called transfer of population or rectification of frontiers. People are imprisoned for years without trial, or shot in the back of the neck or sent to die of scurvy in Arctic lumber camps: this is called elimination of unreliable elements. Such phraseology is needed if one wants to name things without calling up mental pictures of them. Consider for instance some comfortable English professor defending Russian totalitarianism. He cannot say outright, ‘I believe in killing off your opponents when you can get good results by doing so’. Probably, therefore, he will say something like this:


While freely conceding that the Soviet régime exhibits certain features which the humanitarian may be inclined to deplore, we must, I think, agree that a certain curtailment of the right to political opposition is an unavoidable concomitant of transitional periods, and that the rigours which the Russian people have been called upon to undergo have been amply justified in the sphere of concrete achievement.

People wanting to defund the police are said to be concerned with “racial justice.”

People tearing down statues are supposedly demanding that “America come to terms with its racist past.”