Marquette Warrior: The Politically Incorrect Truth About Race and Policing

The Politically Incorrect Truth About Race and Policing

From Jason Riley in the Wall Street Journal 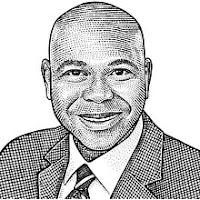 The Full Truth About Race and Policing

Chicago has long been one of the nation’s most dangerous big cities, and it seems determined to keep that distinction.

The Chicago Sun-Times reports that 18 people were killed on one Sunday, May 31, “making it the single most violent day in Chicago in six decades.” Over the full weekend, “25 people were killed in the city, with another 85 wounded by gunfire.” None of these deaths or shootings involved police, so there will be no massive protests over them, no tearful commentary on cable news and social media, no white politicians wrapped in Kente cloth taking a knee for photographers.

Sadly, the only thing remarkable about the episode is that it occurred in the middle of a national discussion about policing. The political left, with a great deal of assistance from the mainstream media, has convinced many Americans that George Floyd’s death in police custody is an everyday occurrence for black people in this country, and that racism permeates law enforcement. The reality is that the carnage we witness in Chicago is what’s typical, law enforcement has next to nothing to do with black homicides, and the number of interactions between police and low-income blacks is driven by crime rates, not bias. According to the Sun-Times, there were 492 homicides in Chicago last year, and only three of them involved police.

So long as blacks are committing more than half of all murders and robberies while making up only 13% of the population, and so long as almost all of their victims are their neighbors, these communities will draw the lion’s share of police attention. Defunding the police, or making it easier to prosecute officers, will only result in more lives lost in those neighborhoods that most need protecting.

There’s nothing wrong with having a debate about better policing strategies, how to root out bad cops, the role of police unions and so forth. But that conversation needs perspective and context, and the press rarely provides it. People are protesting because the public has been led to believe that racist cops are gunning for blacks, yet the available evidence shows that police use of deadly force has plunged in recent decades, including in big cities with large populations of low-income minorities. In the early 1970s, New York City police officers shot more than 300 people a year. By 2019 that number had fallen to 34.

Part of the confusion stems from attempts to equate any racial disparities with racism, which is as mistaken as equating age and gender disparities with systemic discrimination. Young people are incarcerated at higher rates than older people, and men draw more police attention than women. Is something fishy going on here, or do such outcomes simply reflect the fact that young men are behind most violent crimes? When journalists break down police behavior by race but don’t do the same for criminal behavior, you’re not getting the whole story.

A recent New York Times report, for example, tells us that the racial makeup of Minneapolis is 20% black and 60% white, and that police there “used force against black people at a rate at least seven times that of white people during the past five years.” Left out of the story are the rates at which blacks and whites in Minneapolis commit crime in general and violent crime in particular. Nor are we told whether there is any evidence that white and black suspects of similar offenses are treated differently. Minneapolis may in fact have issues with police bias, but drawing conclusions about the extent of the problem or even whether one exists would be premature based on the information provided.

Reports about race and policing that omit relevant facts to push a predetermined narrative are not only misleading but harmful, especially to blacks. We know from decades of experience that when police pull back, criminals gain the advantage and black communities suffer, both physically and economically. A common assumption among liberals is that the movement of inner-city jobs to the suburbs in the late 1960s is what led to the higher rates of crime, violence and other social pathologies associated with ghetto life. But this gets the order wrong. The business flight took place after the rioting, not before. Will history repeat itself?

The Walmart and Target stores in Chicago that were looted last week are two of the city’s largest retailers. They employ a disproportionate number of low-skilled workers, and they haven’t decided whether to reopen. If they don’t, it could mean fewer jobs and higher prices for underserved minorities. Before we divert resources away from policing, maybe we should consider the effect it would have on the willingness and ability of businesses to operate in places where they’re most needed.

All of this is just more evidence that people on the left fundamentally don’t care about the welfare of black people. They simply view them as a client group that serves their political purposes.

Oh, they have convinced themselves they care. But when push comes to shove, they side with (mostly white) teacher’s unions rather than black families that would benefit from school choice. When riots are tearing up neighborhoods, they side with the rioters, seeming not to have noticed that it’s mostly black neighborhoods being torn up.

On issues of policing, they see cops in black neighborhoods as an “occupying army” and call for “defunding the police,” implicitly, but clearly, siding with black criminals rather than law-abiding black citizens.