OK, this is rather old news. But it’s never too late to get the facts straight, even on an old issue.

What advantage was there to Hillary Clinton in putting e-mails on her own server?

Did it the Easy Way! 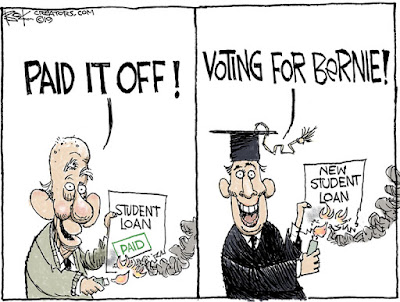 For the left, anybody who wants to control the border must be a racist. And Donald Trump’s desire to ask about citizenship status on the 2020 Census is also racist.

Of course, white leftists pride themselves on being very sensitive to racism. But what do Hispanics, the “racial group” (actually not a racial group, but let’s play the game) think?

The Center for American Political Studies at Harvard asked them, in an online poll that included 2,182 respondents, including 282 Hispanics.

Asked “Should the census be able to ask whether people living here are us citizens?” Sixty-seven percent of the entire sample said “yes,” and only 33% said “No.”

The survey also asked “Do you think President Trump is too tough, too lenient or just right in dealing with illegal immigrants caught trying to cross the border?”

Taken at face value, both Hispanics and the entire sample show a majority favoring Trump’s policies, or policies even more strict.

But it is a well-known artifact in polling that, when given three alternatives, people tend to choose the middle option (“just right” in this case). It seems “safer.” But this only applies when people don’t have a strong, clear opinion.

If the nation’s Hispanics were convinced that Trump’s policies are too harsh, or that asking about citizenship is a racist attack on their group, nothing would prevent them from expressing that.

We have yet another case where the white Social Justice Warriors and their pet ethnic activists don’t represent the group they claim to.